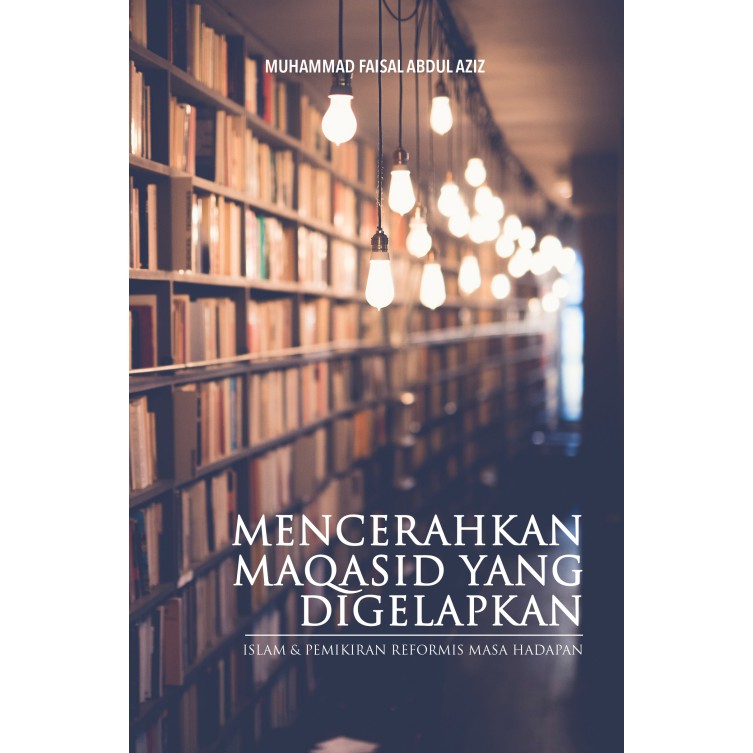 The new ABIM leadership today is entering a significant decade, navigating Islamic Reformism in a transition era as ABIM approaches its fiftieth anniversary of establishment. ABIM was established on the 6th of August 1971 and became the earliest Islamic organization in Malaysia to carry the message of Reformist and Revivalist Imam Hassan Al-Banna - pioneer of Islamic movements in Muslim world history.

At the same time, ABIM molded a diverse school of thought, and also drew inspiration from local scholars led by Syed Muhammad Naquib Al-Attas, Mohammad Natsir, and Buya Hamka. Syed Naquib’s skills in arts also had a significant influence on ABIM as he was the one who crafted ABIM’s official logo, which is still in use today.

Other renowned scholars like Ismail Raji Faruqi and Al-Qaradhawi also shaped the thoughts of the movement and their works are constantly referenced and discussed during the weekly usrah.

This openness towards different intellectual persuasions became the catalyst for ABIM to consistently forge ahead in dealing with changes to ensure that the element of Islamic reformism thrives in terms of ideas and activism.

Islamic Reformism - or Islah - is not a new topic. It has been in existence since the 16th century, and has been enriched by the emergence of figures in Southeast Asia with outstanding contributions to reform society’s culture and worldview. Among these figures was Abdul Raof Singkel, the scholar who held to the principle of recognizing the right of women to be the Sultan in Acheh when the majority of clerics in traditional scholarship back then disapproved.

Other scholars include Nurudin al-Raniri and Sheikh Yusuf Al-Makassari, who enlightened the society in crafting a rational understanding of sufism in Islam and reformed the administrative justice system in their respective states when both were appointed as Muftis.

The movement of Islamic Reformists underwent the second phase in the 18th century as a response to Western colonization. This phase witnessed the championing of Islamic revivalism by figures such as Muhammad Abduh, Rashid Ridha, Hassan Al-Banna and more.

These figures took a moderate path in responding to colonization by accepting knowledge and technological advancements as tools to liberate Muslim societies from economical backwardness. At the same time, they advocated rational thinking in Islamic teachings within the context of systemizing political and social lives and subsequently accepting the parliamentary democracy system as a new system in the Muslim world.

At the same time, they acknowledged the need to boost the understanding of Islam through the intensive campaign “Islam as a way of life.”

Within the context of the Malay world, the establishment of ABIM had a direct link with the agenda of reasserting Malay identity and understanding Islam as a way of life. These agendas were in need given the hundreds of years of Malaya being under the influence of western colonization, the era that was written as “a period of de-Islamization and secularization” by M Rasjidi in “The Role of Christian Mission: The Indonesian Experience” in International Review of Mission.

A similar fact was articulated by Dato’ Dr Siddiq Fadzil, who pointed out that “the westernization-secularization of Malay politics officially began in 1874 with the Treaty of Pangkor which implied a clear dichotomy between religion and politics.”

ABIM has sparked discussions of the books “Islam & Secularism” and “Islam in Malay History and Culture” by Syed Muhammad Naquib Al-Attas, whose ideas later were adopted to the extent of establishing the International Islamic University Malaysia (IIUM) and ISTAC.

The existence of Islamic reformism needs to be understood as coming from a strong conviction and belief that Islam as a divine religion encourages openness in accepting reform. The flourishing number of philosophers in Islamic scholarship from one era of civilization to another clearly illustrates the unrestrained and flexible atmosphere of the Islamic world.

It is thus neither the attitude nor the approach of the Islamic Reformist movement to be apologetic towards what critics perceive Islam or the movement to be. The open environment for discourse stems purely from the conviction that Islam champions progress, freedom, justice and human rights.

The transitional idealism of Islamic Movement: Engaging, Islah and Accountable

After a few centuries of having significantly contributed to the Muslim world, the essence of Islamic Reformism should be thoroughly embraced and its relevance preserved by enhancing its core principles of discourse and idealism.

The clash of certain ideas in Islamist Reformism is declining in relevance. The movement should go beyond the colonial and post-colonial frameworks, and the dismantling of caliphate in their ideological construct.

Today, the world is now directed to a shared objective for all global citizens. This can be seen through the Sustainable Development Goals (SDG) 2030 - an expression of how humankind, under the name of global solidarity, helps one another to lift the dignity and prestige of human beings without leaving anyone behind.

The question before us now is: how can Islamic Reformism benefit from these shared objectives to bring sustainable development as a mechanism to solve the issues of underdevelopment in Muslim countries?

The discourse of Islah (reform) should be further understood through the context of reality, which is tantamount to the need of having ijtihad (legal reasoning) as a guide in facing renewals and changes in a developing society.

In the history of a society's adaptation towards change, clashes between tradition and modernization often hold society back. The objective of Islamic Reformism then, is to be centrist in order to balance out the differences and find ways to develop a new culture and way of thinking instead of remaining stagnant, as well as to carry society towards progress while keeping pace with change.

Thus, the agenda to bring islah or revivalism is not restricted within a black-and-white framework nor confrontational in nature, but should be inclusive, incorporate bridge-building, and be appreciative of the wide spectrum and multiracial fabric of society, sharing a sense of ownership with all members of the community.

This includes sharing aspirations and a common agenda with all citizens and stakeholders. This collaboration should not be limited only to the activities initiated, but also in terms of objectives to bring reform for the betterment of the society.

In the real world today, there are diverse stakeholders who are each contributing their respective efforts to better society. One significant example is the rise of millennials pulling themselves to become a force in advocating a gig economy and climate change issues. The growth of these groups should engender greater engagement and smart collaborations with the Islamic movement.

Besides, Islamic Reformists should thoroughly commit to the fulfillment of the highest intent of its ideas, that is to provide prosperity to society. The ill habit of carrying ideas without being accountable to the effect of those ideas on society should no longer stand.

As such, the concept of political religion should carry a universal intent to provide justice and rights to all human beings, and should not be limited to establishing the “Islamic state” for example. The failure to comprehend the objective of combining politics and religion will expose religion and power to be manipulated by any regime to persecute and oppress the people under the name of religion.

The same position applies to the issue of implementing Syariah - which should be a significant process for the sake of the well-being of society.

Otherwise, without taking into consideration these two aspects, we foresee a recurrence of the problems faced by Islamist movements in the political arena, which were described as being “unprepared to govern effectively (or) transparently, neglecting public policy and (lacking) a strategic vision of the country” by Fawaz A Gerges in his book “Making The Arab World : Nasser, Qutb, And The Clash That Shaped The Middle East”.

The Islamic movement needs to combine a commitment to the Islah (Reformist) principle with engagement and a strong sense of accountability, in order to be uplifted and stay relevant in the eyes of society.

This new way of thinking will enrich the Islamic Reformist movement further and can be revisited by next generations in providing solutions for society in the future.

ABIM Pusat Be the first to comment!
Berita Penuh
Year 2020: Charting the

ABIM Pusat Be the first to comment!
...
Berita Penuh

ABIM Pusat Be the first to comment!
Year 2020: Charting the

ABIM Pusat Be the first to comment!
...
DMC Firewall is a Joomla Security extension!